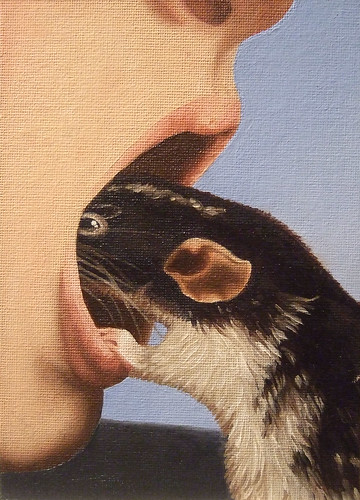 Had a little trouble with this but the source image itself is so fun that it makes up for it. My background is thicker than the foreground, but that's just because I have trouble painting flat colors apparently. The drawing is also a little off but not so much that it looks too weird. 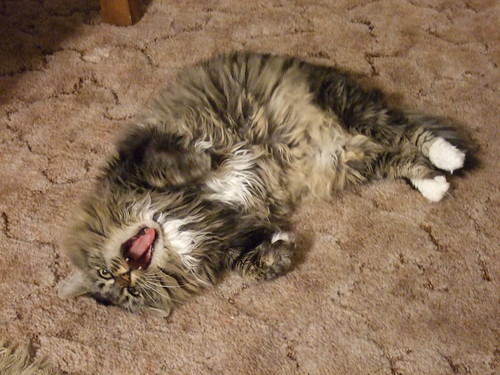 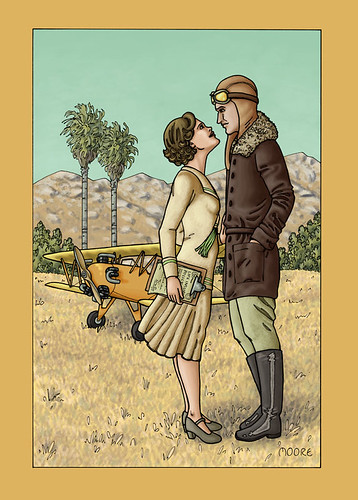 I drew this in March and finally finished it just now. I had flatted the colors and painted the background a long time ago. But then I put off doing anything to it because the palm trees seemed backwards to me. I mean, for whatever reason it seemed like the wind should be blowing away from the sun instead of towards. There is no rational reason for me to have a hang up like this, except for that's *usually* the way it went growing up, but winds do come from other directions.

I briefly entertained some ideas of flipping the trees, but then decided I should just buck it up and finish it the way it is. I just have to tell myself that it's Santa Ana season in the drawing.

Anyways, the chick is either the dude's girlfriend or his insurance agent, I haven't decided which. If it's the latter, it's probably a scam because no one ever got rich selling life insurance to biplane pilots.

About a year and a half ago, I took a painting class up at the local college. I had heard it was an oil painting class. So before the class began, I went to an art supply store and bought some basic oil painting supplies of the super cheap sort.

The class ended up in a different room than in previous years and the new room had less ventilation than the last. As a result, it became an acrylics class.

After my experiences with the class, I decided I wasn't a big fan of acrylics as they were too hard to mix.

A few months ago, I thought I might try some oil painting since I still had some supplies. I started a painting and would work on it off and on when inspiration struck. I've decided I'm now done with it and don't want to work on it anymore. Here it is: 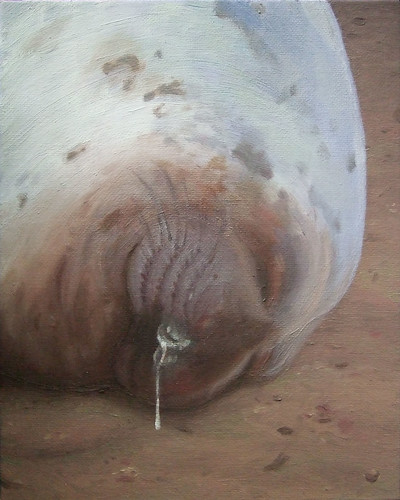 I'm not totally delighted with the painting but I like oil paints way better than acrylics. They take a long time to dry but that's fine for someone lazy like me as it gives me an excuse not to paint all the time. Since it was a pleasant experience, I have purchased some higher quality paint and brushes. Now I have to use them so they don't go to waste.

Does anyone still read this journal?

Anyways, in a couple days I'm heading down to San Diego for Comic-Con. Like most years, I will be meandering around most of the time.

However, this year I am also participating in the Cartoon Art Museum Sketch-a-thon! I'll be there Friday at 11 AM-noon booth #1930. More info here:

As you can see, there are going to tons of awesome artists there. Literally - tons!

Last year I visited the talented Karen Luk as she donated her time and I was inspired to give it a try. I'm a little nervous because I don't think I've ever drawn in front of other people before. So if you're going, stop by and donate to the museum and I'll sketch you something.

If you can't go, feel free to suggest sketch ideas so I will have something to draw when people aren't at the booth.

More photos from my hike here. 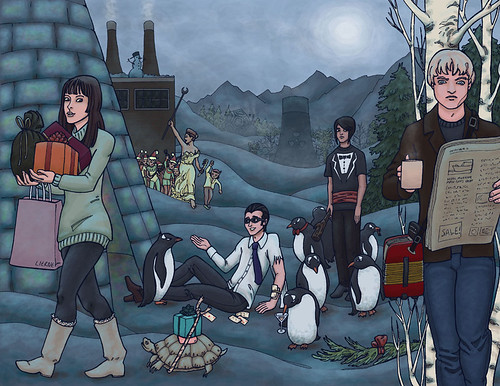 My entry for the 2011 Kingdom of Loathing fanart calendar. There is some stiff competition this year so I may not win, but it was fun to do all the same.

Did you know I had a twitter account? I don't use it all that often but I just figured out how to post photos there straight from my phone. I feel all networky.

Pressing Dawn 36. Posted a mere week and a half ago.
Collapse